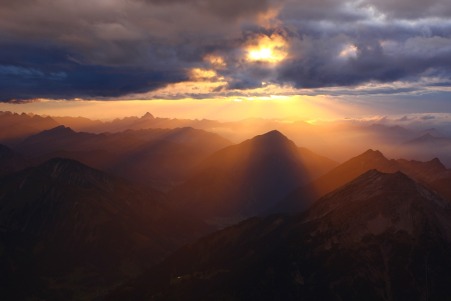 And Abraham said unto his young men, Abide ye here with the ass; and I and the lad will go yonder and worship, and come again to you. Genesis 22:5

In prayer the words were not rehearsed, preconceived or contrived. They just came out with intention as if speaking right into the Savior’s face, physically present in the room. The pressures of life became almost unbearable which brought me to my knees and utter the phrase:

“What will I do? I will tell you what I will do. I will worship on this mountain”.

This blog began 10 years ago this coming December after being impressed by God’s Spirit to start it, and later confirmed from the pulpit of my church on a particular Sunday morning in 2011. Ten years ago I did not even know blogs existed. My introduction to blogging began early on a Sunday morning while studying and preparing a ‘sermon’ at our church. I was browsing the Internet to find material about the frailty of life and examples to illustrate the tragedy involved when people find themselves devalued and discarded either through their sins or by the sins of others.

Well, the perfect illustration was found. A blogger from California posted on her blog a story of an oil color painting, painted by a 19th century European impressionist painter, that was ‘dropped off’ at a Goodwill store (along with old pots, pans and other discarded items) in of all places, my home state of Maryland. Here is a blogger from California writing about a story occurring across the entire Unites States in my state of residence. (Note: the painting caught the eye of a Goodwill employee and was later auctioned off at Sotheby’s in New York City for over $80,000!)

And with that the blogging world became a new frontier. If there are any innate skills of value I may have, writing may be the one. An English literature professor during my undergraduate studies commented on one of my papers that she would personally write a letter of recommendation for my admission to graduate school if I decided to go down that path. So, there was at least one confirmation that writing was something I might craft and refine to share with others. So blogging became a natural outlet in that respect.

Since that December morning in 2011 there have been times when the writing flowed, thoughts meshed well and posts just sprang from the keyboard that were rich and (IMHO) worth reading. However, there were times when things did not flow easily and it was a struggle to get a hold of God and focus enough to produce meaningful content. As they say in attempting to plan your future, two things always have a vote – life and the devil.

Yes, life and the devil. Well, some readers believe the first one to be true, but have pushback when the ‘D’ subject is mentioned. Yes, there is a devil and he has attempted to wreck my life and no doubt some of you reading this can relate. Some previous posts have eluded to this. But, let’s not focus on him. Because God is on the throne and He is the One who is calling the shots in this thing called life.

Now let’s shift the conversation and talk about something else. What else? Mountains. You might be asking the question: “What kind of mountain are you talking about here, Mt. Everest, Mt. Kilimanjaro, McKinley? Is this post about mountaineering and mountain climbing?” The mountain in this discussion is about life’s obstacles, major events or situations we face that must be conquered and mastered if we are to mature and grow in God.

Because on this spiritual journey in seeking after God we will inevitably face some roadblocks, major frustrations and hindrances meant to derail us and cause us to fail. Yes, fail. But take heart because God is the God of the mountain. And God takes everyone at some point to the mountain, oftentimes more than once. Why? Because how we react, how we respond and the person we become after our mountain experience will say a lot about the faith we profess we possess. As one person so wisely stated: “A faith that cannot be tested is a faith that cannot be trusted“.

Jesus already told us that life’s mountains serve as litmus tests to certify the purity of our faith:

And Jesus said unto them, Because of your unbelief: for verily I say unto you, If ye have faith as a grain of mustard seed, ye shall say unto this mountain, Remove hence to yonder place; and it shall remove; and nothing shall be impossible unto you. Matthew 17:20

And nothing moves God into action better than pure faith, faith in His character and faith in His word (Rom 10:17; Heb 11:6). Your faith does two things. First, It makes you ‘attractive’ to God. Secondly, being attractive to God now makes God ‘attracted’ to you!

Like Abraham, every man and woman used of God will face their mountain.

So, what is one to do when faced with apparent insurmountable obstacles?

Worship. Everyone and everything can praise God. Nature praises God and even people who live like they want to live from Monday to Saturday can walk into a church on any given Sunday and without the slightest tinge of conscience “Praise the Lord”.

But, worship and praise are not one and the same thing. Everyone can praise God because it is a gift He gives to His creation:

But only those who faithfully endure the fiery trials of life can truly worship. The word of God gives us excellent examples of true worshippers:

What did all of these champions of heaven have in common? Their life of faith propelled them on to worship  and glorify God after being extremely tested before their mountain.

The question is: what will you do on the mountain God sends you to? There are many options. The best one is to simply worship.

Worshiping is speaking, vocalizing and articulating heartfelt words of complete surrender to God. True worship to God moves us to the backstage and puts Him front-center stage. What hinders us from really worshiping God in our calamities? One word. Pride. Pride mainly serves one purpose – it allows us to remain in control. Jesus is life’s supreme pride crusher. Jesus knows how to knock the stuffing out of our life and get us to a place where he alone holds the reins and is in control:

Purification of one’s faith is not comprised of trivial personal endeavors. As the Apostle Peter penned it, it involves some very serious life encounters:

Beloved, think it not strange concerning the fiery trial which is to try you, as though some strange thing happened unto you: 1 Peter 4:12

There are some things God can only purify in us through trials and tests. Which bring us to the storms and whirlwinds (hurricanes) of life.

A storm and a whirlwind (or hurricane) are different manifestations or concentrations of the same two elements – wind and water. They differ only in intensity.

Storms bring measured amounts of water to the earth and the needed rainfall to sustain life and growth. Storms add to life.

On the other hand, hurricanes are much different. Hurricanes bring destruction to the earth. Hurricanes take away or radically alter life.

We can apply these same two weather patterns into the spiritual realm. Spiritually speaking a storm, or as we might say, a trial or test also adds life and promotes growth:

Psalms 119:67 Before I was afflicted I went astray: but now have I kept thy word.

Psalms 119:71 It is good for me that I have been afflicted; that I might learn thy statutes.

Isaiah 63:9 In all their affliction he was afflicted, and the angel of his presence saved them: in his love and in his pity he redeemed them; and he bare them, and carried them all the days of old.

However, hurricanes transform whatever they touch. You will not be the same individual after experiencing or going through a spiritual whirlwind.

For Elijah,  his whirlwind was his promotion to Heaven in a chariot of fire:

2 Kings 2:11 And it came to pass, as they still went on, and talked, that, behold, there appeared a chariot of fire, and horses of fire, and parted them both asunder; and Elijah went up by a whirlwind into heaven.

For Job’s whirlwind it meant his promotion to receive God’s storehouse of blessings for being faithful through his trial of fire:

Job 40:6 Then answered the LORD unto Job out of the whirlwind, and said,

Job 42:10 And the LORD turned the captivity of Job, when he prayed for his friends: also the LORD gave Job twice as much as he had before.

When Job prayed for his friends within his mountain of despair, God turned his whirlwind of distress into a windfall of God’s best.

The Apostle Paul’s hurricane experience prepared the promotion awaiting him in Heaven as he headed to Rome to become another of God’s prized martyrs:

And when the south wind blew softly, supposing that they had obtained their purpose, loosing thence, they sailed close by Crete.
But not long after there arose against it a tempestuous wind, called Euroclydon (typhoon/hurricane). Acts 27:13-14

For there stood by me this night the angel of God, whose I am, and whom I serve,
Saying, Fear not, Paul; thou must be brought before Caesar: and, lo, God hath given thee all them that sail with thee. Acts 27:23-24

Are you in the midst of or facing a spiritual hurricane/ whirlwind? Then know God is preparing you for your promotion:

Beloved, think it not strange concerning the fiery trial which is to try you, as though some strange thing happened unto you:
But rejoice, inasmuch as ye are partakers of Christ’s sufferings; that, when his glory shall be revealed, ye may be glad also with exceeding joy. I Peter 4:12-13

You who are reading, go and worship on your mountain.

5 thoughts on “Worship On This Mountain (re-post)”